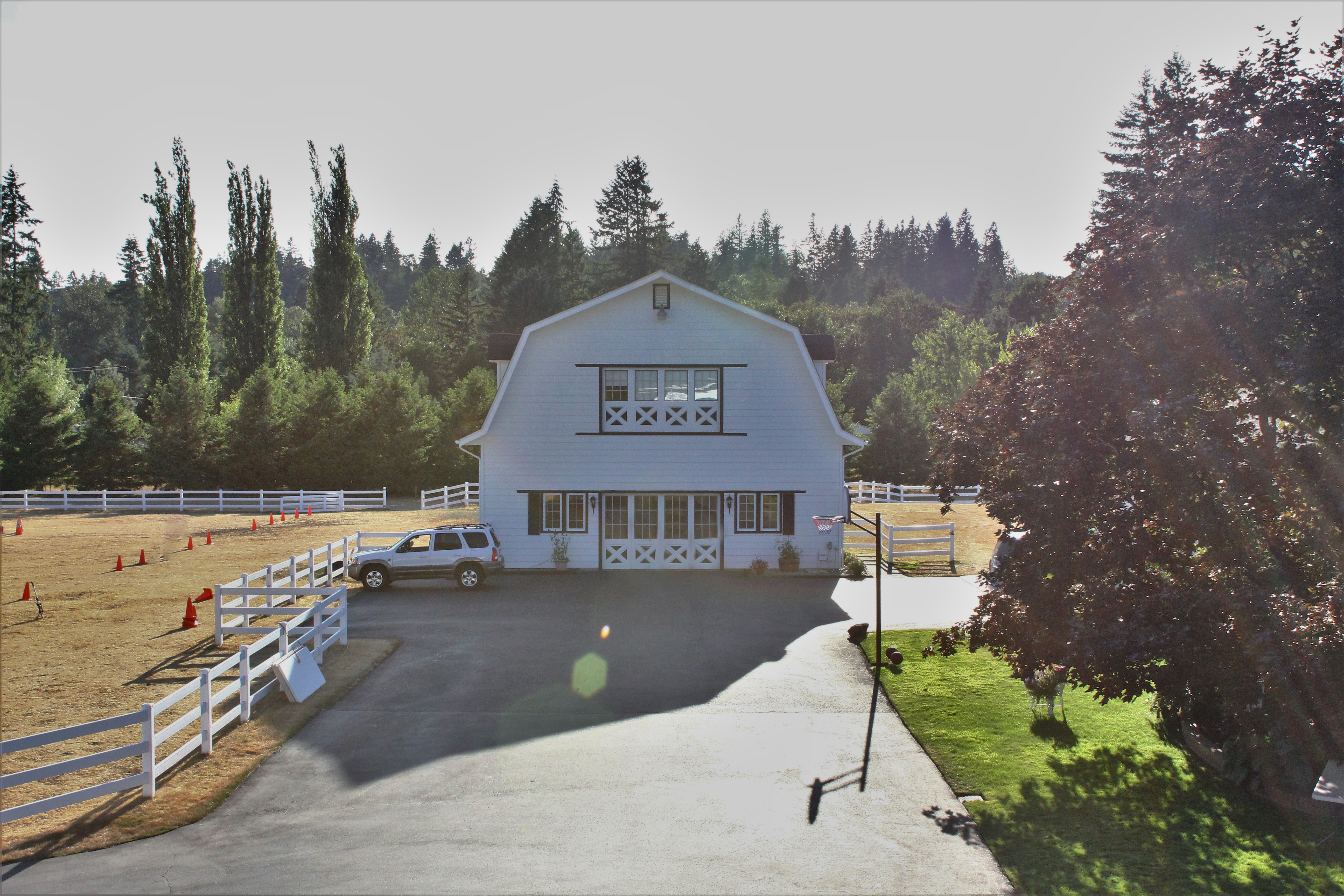 EZ-ACCESS has been family-owned and operated company for almost 40 years now.

What started as a mother-daughter duo in 1984 has expanded into a three-generation legacy in the making that has provided career opportunities to six other immediate family members. As we celebrate our long-standing commitment to our mission and the development of our family business, we thought it would be a great opportunity to peel back a layer and invite you to read about the three generations that actively play a role here and gain their perspective on the company that has become such a big part of their lives.

Glenda Everard, one of the founding members of EZ-ACCESS, and the matriarch of the Everard family, started the company with her daughter, Deane Sandvold, with a line of simple bathing products that we still carry to this day. Over the years, Glenda has been able to watch her two children, Don and Deane, along with five of her grandchildren help take the company to new heights. New products have been developed, new technologies have been released, and new facilities have been opened. Each family member has worked hard to develop their careers in the business, all playing a critical role in the progression and continued success of EZ-ACCESS.

Working as the President of the business today, Glenda continues to guide the company’s financial, corporate, and executive decisions, and take part in building upon this legacy that she began to develop so many years ago.

Deane, Glenda’s daughter, and the co-founder of EZ-ACCESS, works today as the VP of Corporate Culture. Her passion to help others that started the company many years ago also mirrors the passion she has to take care of each and every employee. She works tirelessly alongside her team to ensure that EZ-ACCESS is truly a great place to work, and with more employees than the company has ever had in its history, Deane gets to continue nurturing a company culture that in turn helps people receive lifechanging products.

Deane often reflects on the fact that “When mom and I first started, I never dreamed that one day that we would become one of the largest and most respected manufacturers in the world of portable and modular ramp systems.” She now gets to watch her oldest son Kyle, along with a few of her nieces and nephews, build upon the foundation that’s been set to help take EZ-ACCESS to places the family has never seen before. Deane truly believes that “your family is the best team that you will ever have” and is excited to see the third generation advance in their careers. Along with all of the growth and advancement though, Deane encourages everyone to never forget that “as we become more and more successful, we get to help more and more people”, which is what matters most.

In 1987 Glenda’s son, Don Everard, joined the family business, becoming part-owner within his first three years on staff. With a Business Administration degree in tow, he started out as the head of Sales and Marketing, and from there he’s had his hand on many job titles. He has served as Operations Manager, Director of Sales and Marketing, and as CEO over the last 20 years where his extensive experience and expertise in finance, distribution, and manufacturing has been a valuable asset to the company.

Don’s three children now work for the family business and have an opportunity to learn from his leadership in a professional environment. Don shares, “Of course working with family is one of the best parts of running a family-owned business, but I also believe that the culture we have here allows the kids to have a more hands-on experience and a much more diverse work experience.” Don is excited to watch the third-generation progress in their careers and come alongside the company to carry out the mission of enriching lives by providing access to life beyond barriers.

Deane’s oldest son, Kyle, was still a teenager when he first started helping at EZ-ACCESS in 2003. Each summer, appointed to do a variety of jobs, such as packaging, shipping, manufacturing, customer service, and sales, Kyle caught glimpses of what working for the family business was like. He says, “When I first started working at EZ-ACCESS, it was just to help out during the busy season and make a little extra money on my summers off. After growing up within the company and graduating college with a Business and Marketing Management degree, the opportunity excited me to carry on and continue building EZ-ACCESS’s legacy.”

With his degree, Kyle began developing the Quality Control Department and now works as the Quality Manager, also serving as the chairperson of the Product Development committee. Family doesn’t just run blood deep, Kyle says, “I’ve had the opportunity to work in so many facets of the company with so many talented individuals in every department, which have all become like family. It’s an incredible feeling as we work together to lead a space where we get to help so many people daily.”

With a similar mentality as his father, Colby, Don Everard’s son, brought his skills to the company in 2015. “After graduating college, I figured why go help build someone else’s business when I can help build the family business.” Since then, Colby has been able to develop and hone his skills, showing his true talents with each project he completes. Colby started in the Marketing department but began to shift his focus a couple of years ago. He currently works as our Lead/Full Stack Developer, playing a major role in creating and enhancing the custom software that the company utilizes on a daily basis.

When asked about working for a family-owned business, Colby compared it to a small town, “You’re probably overly familiar with the majority of your neighbors. The hospitality is sublime. The mayor and board are frequently seen in town and amongst residents. There’s still those we call old school who have been around since the founding. Like most small towns it has seen the effects of industrialized growth. Yet when you drive by, you’ll still catch a glimpse of a family saying grace at supper. We call these roots. And just like every small town, you’ll probably never leave because although you’re a part of the town, the town is a part of you.” This analogy reflects the heart of EZ-ACCESS, and the company’s desire for each employee to feel like family and that our products serve the family we call our customers.

Don’s middle child, Kasey, started working for the company part-time as a Customer Service Representative in the summer of 2016 when she was home from college. After graduating in 2019, she changed roles and became EZ-ACCESS’s Online Chat Representative. Kasey says, “I decided to come back to work for the family company because I wanted to learn more about how it was run. I grew up around the company, but I never knew the ins and outs. I love that I now know team members, how things operate, how products are developed, etc.”

When Kasey isn’t answering end user chats, she’s helping the Marketing team develop the content that you see across our social media platforms. She adds, “I think working within the family business allows us to really depend on each other and work toward a common goal. At the end of the day, we all have the same core values, and it helps keep our faith the center of everything we do.” Kasey looks forward to continuing to share her family’s company with the world through the avenue of social media while being a part of something with such purpose.

Don’s youngest, Kassidy, started three years ago in the Shipping department. Much like her sister Kasey, Kassidy shares, “Growing up, I knew what EZ-ACCESS was but was never very involved, so I didn’t really comprehend what the company stood for. As I got older, I started to understand its importance and the impact that our product has on people.”

Kassidy has since become the Traffic Administrative Assistant and is responsible for routing Amazon shipments and performing the daily companywide invoice accrual. She now tangibly sees the product leaving our warehouse that is on its way to make a difference is people’s lives. Seeing that day in and day out, along with what the leadership instills is quite influential. Kassidy feels that “Every employee understands the values and goals of EZ-ACCESS, which creates a positive environment and makes working here even better.” We diligently seek to keep that positive work environment alive within the entire company so that all employees are unified in feeling empowered and driven by our common purpose. Though Kassidy has worked here for a shorter amount of time, she has been able to feel the enlightening effects of the company’s culture and states that “Everyone here feels like family.”

Joe married Kassidy in 2019 and began working for the company that same year. Similarly to Kassidy, Joe says, “I wanted to get involved with EZ-ACCESS and I wanted to learn how things worked within my new family’s business.” When Joe came onboard, he took on a role working in shipping helping to fulfill orders that came out of the distribution center in Washington state.

Three years later and a wealth of knowledge gained, Joe was recently promoted to Shipping Supervisor and now helps oversee the department’s function. Being so new to the family, Joe has really enjoyed “being able to work and interact with family”, which has allowed him to “learn and spend more time with them daily”. As the family tree grows, it is heartwarming to see that even new members of the Everard clan still gravitate towards and want to be a part of the legacy.

Three generations later and almost 40 years in the making, EZ-ACCESS is proud to offer a space where careers can be developed, skills can be explored, and an opportunity for growth is available. The only question is, will there be a 4th generation at EZ-ACCESS in the future?

Questions about our products or need a custom solution? We'll find what works best to meet your needs.